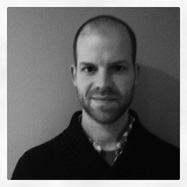 Nathan Sherman is a viola player and conductor. As a violist, he graduated from the Royal Irish Academy of Music in 2005, and went on to study at postgraduate level at the Royal Academy of Music, London, and at the Escuela Superior de Musica de Catalunya. He frequently performs with the RTE National Symphony Orchestra, RTE Concert Orchestra and the Irish Baroque Orchestra. He has played with the Barcelona Symphony Orchestra, European Union Chamber Orchestra and was invited to be guest leader of the Valles Symphony Orchestra in Barcelona. From 2006-2008 he was a member of the European Union Youth Orchestra where he had the privilege to work with world renowned conductors and soloists. He has recently returned from a tour of China with Camerata Ireland under the direction of Barry Douglas.  Nathan is an active chamber musician performing regularly with his group The Ficino Ensemble. In 2011 he was awarded a bursary from NUI Maynooth for an MA Musicology, where he researched links between Baroque and Modern violin pedagogy. As a conductor he has conducted the Dublin Symphony Orchestra, the Orchestra of the Four Provinces, the Orchestra of the Irish National Youth Ballet and The Royal Irish Academy of Music orchestras. He teaches in many music schools and programmes in the Dublin area. 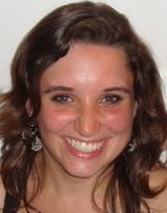 Ciara Cavanagh is a freelance violinist and music teacher. She plays violin with a number of orchestras and chamber music groups in the Dublin area. Ciara is a member of the teaching staff on the Royal Irish Academy of Music’s Diploma in Community and Group Music Teaching. She has many years experience teaching violin and piano in both individual and group settings and has tutored the National Youth Orchestra of Ireland and Dublin Youth Orchestras as well as worked with the Young Irish Strings. In 2012, she worked with Dublin City Council to lead a music workshop aimed at Primary School children. She currently teaches in a number of strings projects in the Dublin area including the St. Agnes Violin and Orchestra project, Crumlin, The Howth Violin Project, and a strings project in St. Peter’s Primary School, Phibsboro.  Ciara is also a creative producer and project manager and has worked with an extensive range of artists, as well as organisations such as the Office of Non-Compliance at Dublin Contemporary, The Trailblazery, pop up productions, Body and Soul, Kilkenny Arts Festival, Kaleidoscope Night, and the Barrow River Arts Festival. Ciara holds an MA in Cultural Management from The University of Catalonia, Spain